Major projects, new trains, bewildering technology: these are the big-ticket items that command everyone’s attention these days. And why wouldn’t they?

Who cares about the high-volume, low-cost bits and pieces that literally hold the railway together? Nuts, bolts, pins, clips, arms, brackets…

Politicians don’t cut ribbons at the installation of a cable cleat, but they might – conceivably – have to explain the havoc wreaked by one failing following an electrical big bang.

A single dodgy component can inflict disruption and embarrassment that’s wholly disproportionate to its size and cost, by a very significant factor.

With this in mind – as the magazine’s unofficial Analogue Correspondent (my heart was hewn from the earth by Victorian navvies) – I was despatched to Rillington in North Yorkshire to visit a company that’s been keeping cables in check for almost 60 years. 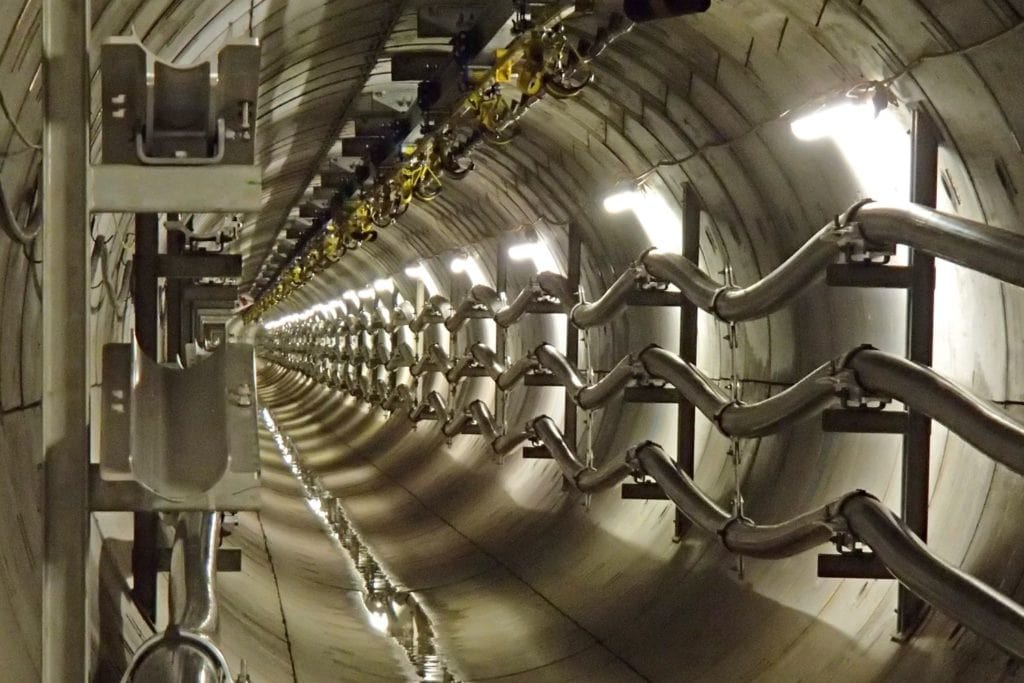 In case you’re unfamiliar with the term, a ‘cleat’ is used to secure LV MV HV electrical cables to a structure by installing them at intervals along the cables’ length. What could be simpler?

But there are a number of factors affecting its ability to fulfil that role safely and effectively, including environmental conditions, the materials used, performance in the case of fire or impact, resistance to corrosion and the cleat’s strength. 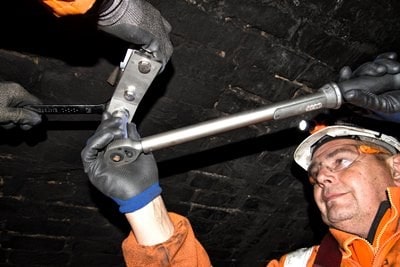 The latter is often determined using a mechanical tensile test; however, the results can prove misleading as the force is applied in a slow, controlled manner.

The electromagnetic forces in short-circuit conditions act almost instantaneously and oscillate in every direction, sometimes with destructive consequences.

A cable cleat is most likely to fail at peak current, about 0.01 seconds after the event starts; a breaker won’t have woken up by then.

So, the only reliable way of demonstrating that a cleat will withstand the resulting forces is to also conduct a short-circuit test – International Standard IEC 61914 provides a formula for calculating those forces between two conductors in a three-phase supply. Potentially, they can amount to several tonnes.

Restraining cables during a fault is a fundamental role of the cable cleat; it’s a means of protection as well as support. In order to withstand the applied forces, the optimum spacing between each cleat can be determined using a formula which takes account of the required loop strength and peak short-circuit current.

None of this is news to the specialist team at Ellis – formerly Ellis Patents – which boasts a skilled workforce of around 60, mostly residing in the towns and villages around Rillington.

The firm was founded by Arthur Ellis, who piloted more than 90 bombing missions for the RAF during the Second World War.

Back on civvy street, he trained as a plumber and set about manufacturing plastic pipe clips and cable clamps, with electricity boards as his major customers.

That was 1962; today the firm has an annual turnover of around £7 million.

The operation moved to its current site in 1974, about a mile from the York-Scarborough line. Unfortunately, the village station had closed 44 years earlier. Following Arthur’s retirement in 1987, the company was acquired by Chris Calvert – its current chairman – and fellow investors from Walkern Victoria Industries. It acquired EDL Cable Supports in 2002 and has since become a global force, offering one of the most comprehensive catalogues of cleats, clamps, hangers and associated peripherals to international clients and projects.

As you walk around, you get the sense of an open, collaborative culture and an engaged workforce. Innovation is encouraged and facilitated through ongoing – and sometimes speculative – investment in new kit. This is not a company that’s resting on its laurels, but neither are staff being driven to distraction. Managing Director Richard Shaw tells me they are encouraged to go home at the appointed time and not check their emails. One culprit habitually ignores the edict whilst another recycles redundant equipment to assist with his construction of a traction engine! This seems a happy place.

Unlike many competitors, Ellis is fully resourced in-house – not only designing its own products, but also building CAD models and subjecting them to finite element analysis. “This tells us where a component will break and under what force”, says Richard. “Then we can 3D-print it.

“We know the printed model is about 40 per cent of the strength of the real thing due to the difference in plastics so – when we test it – if it comes out at 40 per cent of the figure we were expecting, we know we’re on the right track. We can do all that work without ever making anything, but it gives us the exact volume of materials needed, how long it will take to manufacture and the price.”

Beyond that, Ellis’ capabilities extend to prototyping and tooling for die-cast and injection moulding. This creates enormous flexibility and an inventive mindset: when a client comes with a problem, ways and means are readily available to develop custom-made solutions.

Through the 37 miles of tunnel on High Speed 1, there’s an Ellis cable cleat every 600mm. When the consulting engineer first approached the company during construction, he told them he needed 70,000 bespoke aluminium cleats in 12 weeks. They were designed, tested and delivered on time.

Ellis products are deeply embedded on the London Underground and Hong Kong Metro; they also formed part of the design for the recent installation of overhead line equipment through the Severn Tunnel. Thousands of its Centaur cleats can be found in the London Power Tunnels – extending for 20 miles under the capital – as part of the firm’s biggest ever order, worth £1.5 million. And the UK’s Astute-class nuclear-powered submarines also feature its cable clamp products.

As we know, though, the railway is different; visit most of our classic tunnels and you’re unlikely to see many cleats. Instead, the approach taken since the advent of power, telecoms and signalling was to place the associated cables on hangers, fixed to the sidewall. It’s quick and makes life easy. But even here, there’s scope for improvement.

Stephen Walton, Ellis’ Technical Director, revealed: “We’ve reworked the traditional pressed-steel hanger to be stronger and safer by adopting a curved profile; they use less material so the shipping costs are cheaper. We’ve also developed polymer cable hangers which are lighter-weight, offer more insulation resistance and will never corrode.

“A lot of what we’re doing is about making the products easier to carry and improve speed of install, responding to the needs of the contractors we’re increasingly working with.”

When legacy hangers become life-expired, Ellis has a modular retrofit system which can be secured in place without disturbing the existing cable system. There’s a delightful simplicity and elegance about these products. I spent much of my chat time with Richard and Stephen fiddling with a stackable twist-to-fit no-bolts cleat, a unique device conceived in response to a Network Rail enquiry. The action had something very pleasing about it.

Inevitably, there is a procurement challenge here. Ellis’ polymeric products are more expensive than its metal variants, but being less heavy improves installation efficiency – a big issue for the rail industry given the scarcity of possession time – whilst their longevity means that whole-life costs are lower.

Cable cleats can be supplied pre-assembled with the requisite fixings – pushing up the initial purchase price but delivering benefits that reduce costs overall. Until we get our heads around these issues and learn to buy smarter, better products and lower expenditure will elude us.

2019 represents another busy year for Ellis as it continues to grow the business. It has much to offer the rail sector through a sharp focus on innovation, responsiveness and value. Of course, its competitors would say the same thing – they have similar brochures, product ranges and part numbers. “Their ‘innovation’ is copying us,” Richard reflects ruefully.

It’s indicative of the company’s position in this market that others closely follow Ellis’ lead. However, whilst imitation is often flattering, it rarely compares favourably with the original.

Contact our UK Power Team for competitive quotations, fast delivery from stock and technical support or training on all LV-HV products.