The CSD NORFIRNO is a Single & Multi Pipe Penetration Sealing System – one of the most adaptive systems for sealing straight and angled pipe penetrations and can even accommodate multiple pipe runs, significantly saving in space and weight.

An uncontrolled discharge of combustible gas under pressure poses a serious fire hazard in areas such as petrochemical plants, offshore petroleum rigs and other hazardous area locations and environments that are sensitive to extreme fires.

What Are Jet Fires?

A jet or spray fire is a turbulent diffusion flame resulting from the combustion of a fuel continuously released with some significant momentum in a particular direction or directions. Jet fires can arise from releases of gaseous, flashing liquid (two phase) and pure liquid inventories.

Jet fires represent a significant element of the risk associated with major accidents on offshore installations. The high heat fluxes to impinged or engulfed objects can lead to structural failure or vessel/pipework failure and possible further escalation. The rapid development of a jet fire has important consequences for control and isolation strategies.

If high pressure flammable gas, pressure liquefied gas or flashing liquid fuels are emitted at high velocity and ignited, the result will be a jet fire. Withstanding these jet fires is most demanding for a pipe sealing system.

BEELE Engineering’s NOFIRNO sealing system for multi-cable and pipe transits has successfully completed a jet fire test, in accordance with ISO 22899-1:2007 and ISO/CD 22899-2 for two hours at the Health & Safety Laboratory at Buxton in England. The jet fire test was recorded on DVD; copies of the DVD can be ordered via BEELE Engineering.

During the hydrocarbon test, an instantaneous temperature rise up to 800°C (1472°F) takes place, with the overall exposure temperature rising to 1150°C (2102°F).

However, during the hydrocarbon test, there are no extreme conditions imparted to the penetration seal, such as thermal and mechanical loads or severe erosive forces, as is the cases with the Jet Fire Test.

Jet fire tests simulate the most onerous conditions of a hydrocarbon fuelled fire on an offshore oil rig, or a missile strike on a military warship.

To generate both types of heat flux in sufficient quantity, a 0.3 kg/second sonic release of gas is aimed into a hollow chamber, producing a fire ball with an extended tail.

The flame thickness is thereby increased and hence so is the heat radiated to the test specimen. Propane is used as the fuel since it has a greater propensity to form soot than natural gas and can therefore produce a flame of higher luminosity. Strong erosive forces are generated by the release of sonic velocity gas jet, 1 meter from specimen (bulkhead) surface. The jet velocity is ca. 100 meter/second at 0.25 meter from the back of the recirculation chamber (e.g. the front of the web of a structural steel specimen) and ca. 60 meter/second at the back of the chamber.

For the Jet Fire test, a cable penetration with dimensions 600x300mm with armoured and non-armoured cables up to 3x400mm² (102mm OD) and bundled LAN cables, representing a shipboard cable installation, was tested. The conduit sleeve for the NOFIRNO pipe transit was 406.4 mm ID and a steel pipe with an OD of 273mm was passed through. Both penetrations maintained their integrity for the full two hours.

Despite the jet speed of about 360 km/hour, causing high erosive forces, and the flame temperatures of about 1200°C, the temperature rise measured on the surface of the NOFIRNO sealant at the unexposed side was only max; 160°C. This proves the high thermal insulation values under fire load of the NOFIRNO sealing system. After dismantling it was noticed that the NOFIRNO filler sleeves were not consumed by the fire and were even hardly affected by the fire. Based on the positive outcome of this harsh fire tests, BEELE Engineering will apply for Jet Fire Certificates.

NOFIRNO is one of BEELE Engineering’s ‘rapid cable and pipe sealing systems’ for use on board ships, on offshore pipework installations, in building and construction and other environments where the safety of people and installations has to be guaranteed.

NOFIRNO is also tested on full scale bulkheads and decks in accordance with IMO Res. A.754 (18). An EC (MED) certificate according to the European Union Council Directive 96/98 EC on Marine Equipment has been issued by Det Norske Veritas.

The system has also been tested for H-class partitions and has obtained a Type Approval Certificate of Det Norske Veritas as well. Important is that both for A-0 and H-0 class the system has been tested without any insulation. For building and construction applications RISE/NOFIRNO has been tested according to EN1366-3:2004 and classified according to EN 13501-2:2003 for a fire rating of two hours (fire class E120 (flame resistance) and EI120 (flame resistance and thermal insulation) and lately in-house for a four hours fire rating.

NOFIRNO has been developed for a service life of over 20 years and offers the best Total Cost of Ownership on the market of pipe and cable sealing systems in both onshore and offshore locations. The sealing system is resistant to weathering, UV and ozone resistant and is capable of absorbing temperature changes. The system is shock and vibration resistant and can be used in wide range of temperatures (-50°C up to +180°C).

Fire-safe NOFIRNO is also watertight. The system has no metal parts thus avoiding corrosion on the pipe work. The perfect sealing of the NOFIRNO sealant also avoids (invisible) corrosion within the penetration.

BEELE Engineering is market leader in the field of passive fire safety. This position is based on the company’s ongoing R&D and innovation, advanced manufacturing technology and first class service. All the cable and pipe sealing products are developed and manufactured on the basis of an integrated approach to fire safety. All components are made in the company’s own factory under stringent ISO quality system. 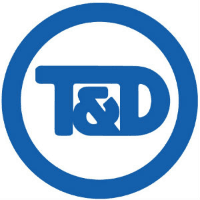