T&D supply from stock to UK and international projects a full range of cable accessories, such as cable joints, glands and cleats from leading manufacturers including CMP, Ellis Patents and 3M suitable for use with BS5467 cable – low smoke zero halogen power cables are also available, see BS6724 cables. 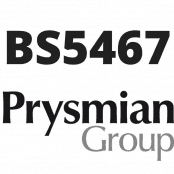