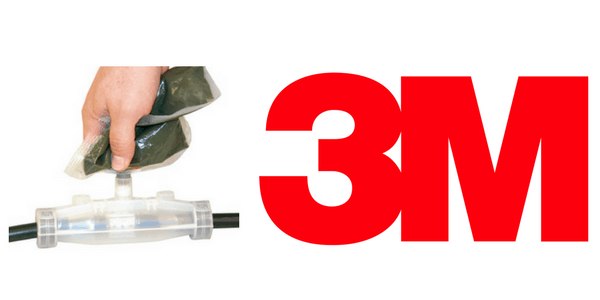 3M 91-AB 11x Scotchcast cable joints incorporate electrical insulation and mechanical protection of joints with compression or mechanical connectors– the cable joints can be used for indoor and outdoor, underground and submerged applications. 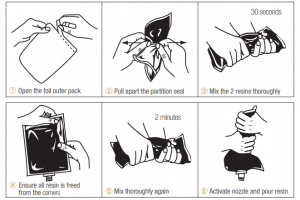 Distances inside the cable joint body can be checked easily by the jointer.

All necessary dimensions including application range, cable preparation are given in the detailed jointing instruction.

The two foam sealing elements can be adapted to the required cable diameter by removing the pre-cut adapter rings.

The Mould Body can be adapted to the required cable diameter by cutting the marked areas of the cable joint mould.

Scotchcast resin 470W is delivered in a two chamber bag and aluminium Guard Bag for protection against humidity.

The re-openable seam and integrated spout with a membrane provides a 3M Closed, Mixing and Pouring (pictured) cable jointing system.

After the seam of the two chamber bag is opened, the Scotchcast resin components can be mixed.

To pour the Scotchcast resin into the mould body the bag has to be cut open.

After curing, the remaining joint resin in the bag can be disposed as household waste. 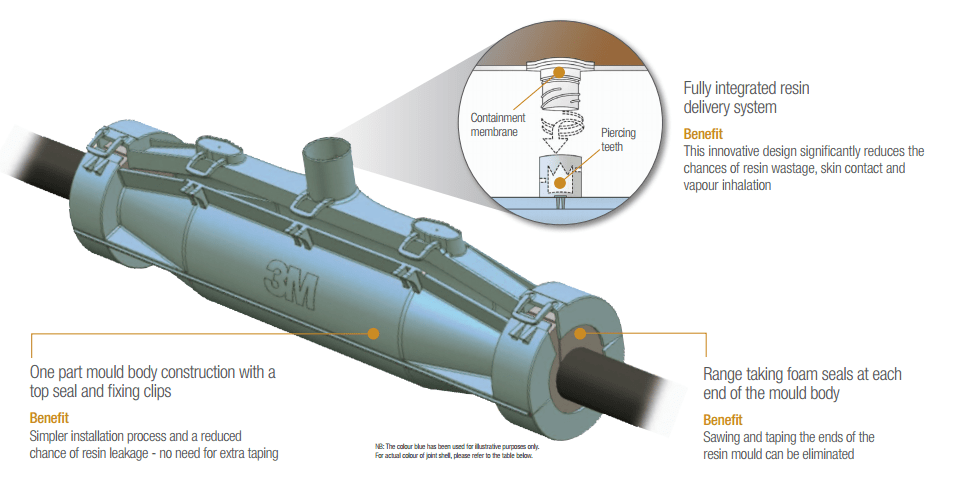 The expiration date of each product appears on the product label. Storage beyond the date specified on the label does not necessarily mean that the product is no longer usable. In this case however, it is the responsibility of the user to determine applicability of the resin.