The proliferation of solar panels used in industrial and commercial building is a reflection of the decreasing cost of the photovoltaic modules and the increasing interest in renewable energy sources. The widespread use of photovoltaic systems increases the risk of exposure to electrical safety hazards that are inherently associated to nonlinear power sources.

It is a well-known fact that the standard protection devices are inefficient in detecting short circuit faults in photovoltaic systems. In addition, it is now recognized that the maximum incident energy deployed by a DC arc flash in a photovoltaic system is higher, and in many instances significantly higher, than those estimated by using the guidelines given by the NFPA 70E and the CSA Z462-12 standards.

Use of the existing guidelines can result in personnel being exposed to much higher safety risks than previously thought – here we consider 5 Arc Flash risks prevalent in the solar industry.

This article has been republished with the kind permission of Ben Cass from SKANWEAR.

Arc Flash In the solar Industry

With government plans to significantly increase the amount of energy generated through sustainable sources well underway, and with solar panels recognised as one of the most accessible ways for homeowners to make the switch, the solar industry is booming.

However, this is also an industry that comes with notable risks, particularly in terms of arc flash hazards.

The risk is so pronounced within the solar industry in particular due to the DC circuits found within typical PV installations, which can both generate and sustain arcs.

DC circuits present a greater challenge than AC circuits due to the constant-current source rather than constant voltage, which makes calculating arc energies difficult.

So just what are some of the biggest Arc Flash risks for Solar Industry Personnel?

The design systems of PV installations pose one of the greatest risks as there are many types of intermittent connection that the system can create which may then generate series Arc.

For example, anything from compression wire connections to soldered joints to the actual connectors that attach to the PV modules are all capable of creating intermittent connections and generating series arc. Quite simply, Arc Flash can occur remarkably easily within the solar industry, resulting in greater risk for solar personnel.

At midday on 30 June 2018, solar power supplied 30 per cent of the UK’s electricity (Shutterstock). Via Independent.

News: The largest solar power plant ever proposed in the UK will be reviewed by the Secretary of State within the next six months. Cleve Hill solar farm will occupy the north coast of Kent and, if built, provide up to 350MW (megawatts) of generating capacity.

The types of Arc Flash that can be generated within the solar industry are another major risk. With arcs capable of reaching more than 3000 degrees Celsius in temperature, these arcs not only cause fires but can also melt materials such as glass and metals including copper and aluminium. This can subsequently ignite any combustible materials and items in the surrounding area. In the solar industry, it is not only the direct risks of arc flash that must be considered but also the many possible indirect risks, too.

An Arc Flash event can expel large amounts of deadly energy. The arc causes an ionization of the air, and arc flash temperatures can reach as high as 35,000 degrees Fahrenheit. This is hotter than the surface of the sun.

Injury and Fatality of Arc Flash

With the possibility of fire (in recent years there have been notable instances in the UK, USA, and Australia of PC installations causing fires along with significant damage to both domestic and commercial properties) and molten metal, injury and even fatality is a major risk for solar industry personnel. The best way to mitigate this risk is by wearing the correct Arc Protective Clothing equipment for the environment and identified hazards.

Maintenance of equipment is undoubtedly one of the most effective ways to quickly identify system faults and reduce the chance of arc flash. However, due to the nature of PV installations, adequate system maintenance can be tricky, and a lack of thorough upkeep poses one of the greatest risks to solar industry personnel. With combiner boxes generally being located at a distance from each other, proper maintenance can involve disconnecting entire sections of the system at a time.

Perhaps the greatest risk of all is the risk that solar personnel take inappropriate action when arc flash is determined to be most likely. With DC circuits, there are different Types of Arc Flash that can occur, with each requiring different action to be taken. With series arc, for example, a shutdown of power and significant reduction in circuit flow is needed. With parallel arc, however, conductors must be shorted simultaneously resulting in zero array voltage. Understanding system management is the key to safety.

If you are working on live Solar Panels there is a possibility an Arc Flash could happen.

Make sure you and your team are working safely on live electricity with Arc Flash and Flame Resistant Clothing, see our full collection here.

Thorne & Derrick distribute the most extensive range of Cable Installation & Electrical Distribution Equipment to the renewable energy sector – we service UK and international clients working on underground cables, overhead lines, substations and electrical construction at 11kV and up to and EHV transmission and distribution voltages. 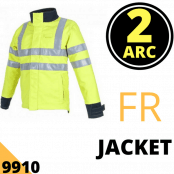 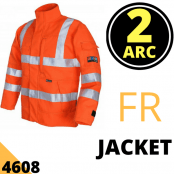