Thorne & Derrick International would like to thank Pat Mynett for allowing us to publish his article Introduction To Arc Flash.

Pat is CEO at HV Training and Consulting Pty Ltd and is a High Voltage Specialist.

In 2014, Pat Mynett decided there was room in the market for another RTO to provide quality electrical training. Especially from a person with recent industry experience, whose main interest was in the electrical safety of workers and the welfare of the plant. Arc flash safety training was a glaring omission in the industry so he developed, wrote and registered a nationally accredited arc flash course for those who work in an arc flash hazard zone.

This is Part 1 in a series of 3 articles about the dangers of arc flash – over the course of these articles we have discussed the definitions, dangers, statistics, causes, prevention and protection against arc flash.

What is an Arc Flash?

An electric arc occurs whenever a circuit breaker, switch or isolator (Device) is opened and when there is current is flowing in the circuit. However, most devices under normal operating conditions are designed to control the arc when opening or closing.

An arc flash may occur when the arc is uncontrolled and there is sufficient energy released to cause harm or damage.

An arc flash is the light and heat produced from an electrical arc supplied with sufficient electrical energy to cause substantial damage, harm, fire, or injury.

What is sufficient electrical energy, lets look at two situations, firstly a domestic situation and then a commercial, industrial or mining situation.

A domestic situation:  In most domestic dwellings, even though the risk of electric shock is present, the risks of an arc flash are only minor, as there is normally insufficient energy to cause a serious arc flash. The main switch / main circuit breaker is normally quite a distance from a transformer. The distance and smaller cables sizes results in much higher circuit impedance and lower fault current.

A commercial, industrial or mining situation:  This is a different story, as the results of an arc flash can be catastrophic. The main switch / main circuit breakers may be only a few meters from a transformer, fed by busbars or large cables. This results in extremely low impedance and very high fault currents.

What can initiate an Arc Flash?

There are many things that can initiate an arc flash, they can be divided into two groups.

Group 1:  An arc flash can occur and be caused by items such as vermin, hot joints etc.  In these cases, there can be substantial damage to equipment, but injury to people is extremely rare. Vermin avoid areas when people are around.

Group 2:  An arc flash can occur and be caused or initiated by items when there is movement in the system, such as closing or opening of circuit breakers, switches or isolators, applying earths, opening enclosures, dropping tools, inappropriate use of tools etc.

This is where the majority of arc flash injuries occur.

Many of these causes are due to human error, working live, complacency, lack of training, lack of maintenance, taking short cuts etc.

Who are the people that get hurt

from an Arc Flash?

Injuries to electrical workers make up the majority of arc flash injuries. They are the people that generally operate electrical switchgear, work on or close to energised conductors.

Injuries to electrical workers occur due a to lack of understanding, lack of training, complacency and ignoring or short cutting safety rules. There is tremendous pressure on electrical workers to keep electricity supply on when working on or close to energised conductors.

Non- electrical workers who operate industrial switchgear is the other group where arc flash injuries occur.

There are many non-electrical workers in industry that switch industrial electrical low voltage loads on and off.

How many people get hurt in Australia

through Arc Flash and what can we learn in the UK?

Arc flash injury statistics are hard to acquire and quantify. In many cases this is due to arc flash injuries recorded at electrical injuries.

About three years ago figures were obtained from one Australian state’s hospitals on the number of people admitted with serious electrical (arc flash) burns. When these figures are extrapolated out to cover all of Australia. On average (30) thirty people each year get admitted to hospital with arc flash burns and (1) one fatality occurs every two years.

These figures can be backed up by the fact that in NSW/QLD and WA for the three months ending in November 2018, there was one fatality and 7 people who received serious burns.

In 2014 two fatalities occurred in WA.

It is unfortunate, that many arc flash injuries do not get reported and in some cases the information gets suppressed due to legal reasons.

The UK has 3 times the population of Australia, so it can be reasonably assumed that the numbers of injuries in the UK are 3 times greater.

90 people hospitalised and 1.5 fatalities each year.

What are the costs from an Arc Flash?

There are human costs and financial costs.

Human costs: It is not just the injury, it’s the trauma of recovery (burns take a long time to heal and scar for life), the family trauma (living with someone who is in constant pain and disfigured), loss of income (many burns victims never return to work).  The divorce rate of burn victims is extremely high.

Financial costs: Loss of supply can be from an hour to several weeks. A single piece of equipment may only be damaged and easily replaced or a whole switchboard/transformer etc. may be damaged beyond repair.  The costs can be from a few dollars up to millions of dollars. I would suspect that arc flash incidents cost Australian industries many millions of dollars each year.

Arc flash is a real and present hazard.

Yet, it is often ignored or given the pretence to comply by industry.

The majority of electrical workers do not have an understanding of Arc Flash or its hazards, if they did we would not have the number of arc flash injuries that we do have at present. Arc flash training is available, but few companies take it up due to the lack of understanding of the subject.

Protect Yourself Against Arc Flash

Arc flash protection is provided by specialist clothing and garments for “head-to-toe” protection.

Enhanced and effective arc flash protection is safely achieved by wearing layers of protective clothing and garments manufactured from inherent fibres and which feature specific Arc Flash resilient components. Without the correct high-quality garments arc protection levels will be compromised. 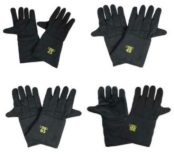 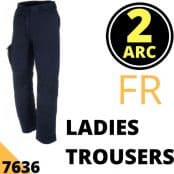 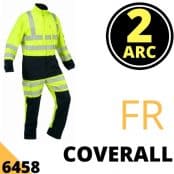 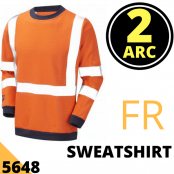 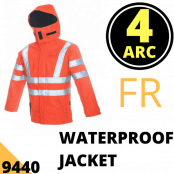