In this following post we highlight several causes of cable damage to low voltage underground power cables courtesy of a selection of case studies from SP Energy Networks.

Damage to live underground cables during excavation works is the cause of an increasing number of accident which can result in severe burn injuries to workers and disruption to consumer electricity supplies.

Thorne & Derrick have been distributors for 3M Electrical since 1985 and can provide a range of reliable and easy to install Cable Repair Products – this includes Scotch Tapes, Scotchcast Joints and Cold Shrink Tubes to provide effective re-instatement of cable sheath jackets on all types of LV MV HV cables in onshore and offshore locations with safe or hazardous area workplace classifications.

Depending on the cable location and workspace restrictions, both physical and atmospheric, a cable repair solution can be provided by 3M Electrical – most commonly their 3M HDCW heat shrink wrap-around cable repair kit is used to repair both LV and 11kV/33kV cables distributing medium/high voltage electricity. Due to the ease of installation, water-tight sealing and versatile range taking capability of heat shrink cable repair kits coupled with relative low-cost efficiency compared to cable replacement the 3M HDCW range has been adopted by contractors for sheath repairs on LV-HV cables.

Where hot-working is not permitted due to the presence of flammable gas and access to an open end of the cable circuit is achievable, on de-energised or isolated cable circuits, the range of cold shrink tubings can be used to achieve primary electrical insulation for all solid dielectric (rubber and plastic) insulated wire and cable splices rated to 1000 volts.

Alternatively, if the installed cable cannot be accessed at mid-circuit a taped cable repair can be used. Where the the cable damage has penetrated into the cable armour a cable joint would be recommended – suitable resin cable joints are available for both industrial non-hazardous and hazardous area cable joints.

See the following LinkedIn Post from IMCORP – based in the USA but with global operations IMCORP provide the best diagnostic services for medium/high voltage power cable systems and utility asset management systems. Here they show how PVC insulation tape has been applied to attempt to cosmetically patch the damage but not recover the insulation or protection level required to prevent future cable failure. So the tape has concealed the damage but not repaired the problem.

Image 1 highlights a situation when a moling device came into contact with a low voltage (.3(4) PILC) mains cable, the operatives task was to install an underground pipe at the locus. Cable damage during excavation works and new installations on underground cables and buried utility pipes is a common cause of power cuts and outages.

During the works the moling device inadvertently came into contact with the cable causing a loss of electricity supplies to customers. This cable construction is an older type cable called PILC (Paper Insulated, Lead Covered) – looking at the PILC cable it can clearly be seen that the outer skin of the cable is covered in taped armour, this type of cable was widely used on the underground electricity network.

SP Energy Networks cable records were supplied to the operatives by the contractor and were accurate, cable locator on site, depth of cable 600mm. The investigation into this incident found that contact with the electricity cable was avoidable if adherence to HSG47 had been implemented.

In conclusion, setting a moling device in the direction of underground electricity cables is not recommended – this type of action could lead to serious injuries.

Image 2 shows latent cable damage to a low voltage mains cable which was not reported to ScottishPower when the cable jointing contractor installed the cable ducting over the electricity cables.

Customers in the area were experiencing loss of supplies to their properties and ScottishPower engineers located the loss of supply problem to the above location.

As the damaged cable was not reported to ScottishPower the situation resulted in damage to the newly installed cable ducting – a situation that could have been avoided if the cable strike had been reported when it happened, as they installed the ducting on top of ScottishPower apparatus.

Please note: separation between underground utilities is important to avoid damage to other utilities apparatus. Reporting cable strikes at the time of occurrence will avoid inconvenience to customers and reduce costs to third parties. Prior to any underground cable excavations taking place cable records should always be consulted. Always assume cables are present and live until proved otherwise.

Image 3 clearly demonstrates the impact on the underground ScottishPower network when an excavator came into contact with a low voltage cable (4 Core 240sqmm Waveform BS7870). The contractor’s task was to carry out excavations to install underground drainage apparatus with ScottishPower cable records and cable locator on site.

Contractors on site had installed the cables previously and were clearly aware of the location of the cable route. During the excavations to progress the drainage works the high voltage cable was located, however an excavator came into contact with the low voltage cable, despite a ScottishPower sub-station being situated in close vicinity to the works taking place.

Fortunately on this occasion no injuries were sustained to the operatives. Excavations require to be planned professionally to avoid cable strikes/serious injuries such as electrocution or arc flash blast to operatives.

Image 4 highlights a repair to a ScottishPower low voltage service cable. The cable was evident on the contractor’s cable records – however the operatives still managed to strike the cable with a mini-excavator with the potential to cause injuries to himself and his colleagues as well as serious cable damage.

Image 5 highlights the consequences of utilising a mini excavator in close proximity to a low voltage cable.The low voltage cable strike occurred when the operatives were carrying out excavations to install kerbing in a grassy area.

In this case the cable strike was entirely preventable, if the contractor/operatives had adhered to HSG47 the cable strike would not have occurred. Engaging an excavator prior to hand excavating / locating underground services is a clear case of non adherence to HSG47 with the real possibility of serious injuries to personnel. To avoid cable strikes to the LV HV underground cable network seek advice prior to excavations commencing.

Image 6 highlights a low voltage cable strike to ScottishPower’s underground electrical network. The service cable, 0.225(2) was damaged at the lead tee joint, this type of cable is an older type cable wrapped in taped armours. The task for the operatives at this location was to install street-lighting ducting for the local authority. The cable strike was not reported to ScottishPower at the time of the incident occurring, for some reason the operatives on site presumed that the cable was out of use, the cable was in fact live. When a cable strike has taken place the correct course of action is to evacuate the excavation immediately, secure/protect the area and report the incident to the Network Operator. 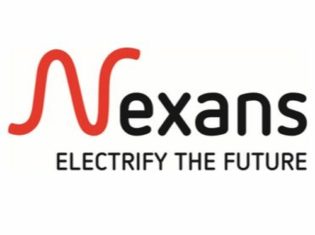